Mr. Bordallo described the system of 120 wells from which GWA produces 90% of Guam’s drinking water and cited WERI’s contributions to GWA’s aquifer protection efforts. His presentation cites results of ongoing work at WERI to document the incidence of nitrate contamination, and the spatial patterns and temporal trends in concentrations. Through WERI’s work, UOG is an active partner with GWA in managing and protecting the quality of Guam’s drinking water.

GM Bordallo’s online presentation to the Rotary Club of Guam.

Ms. Bulaklak’s work directly supports work underway by GWA to identify the highest-value wells that are threatened by nitrate contamination and set priorities for preventive and remedial actions such as sewer main repair, installation, and household lateral connection. Current nitrate levels are still within the USEPA safe drinking water standards. The efforts underway by GWA are to ensure nitrate levels remain within the standard (i.e., less than 10 mg/L or ppm, parts per million, nitrate-N) across the aquifer. 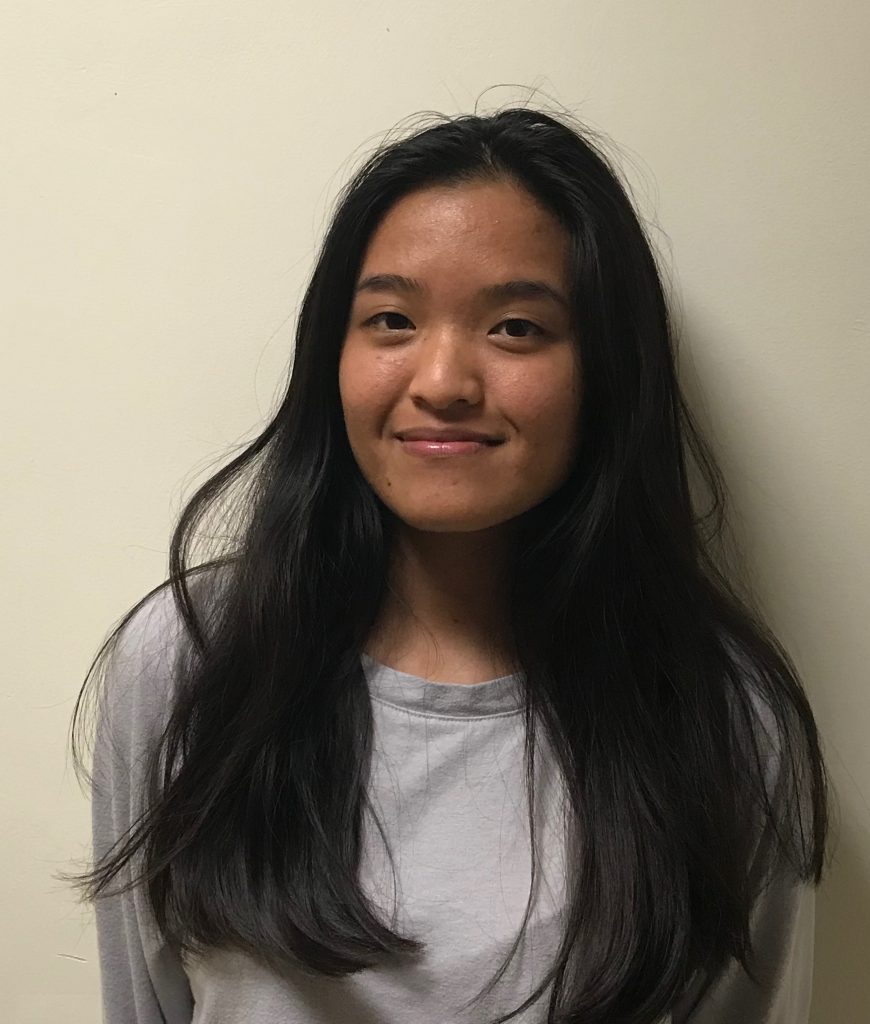 Jezreelyn is a senior majoring in chemistry at UOG, scheduled to graduate in May. Her research advisor at WERI is Dr. Habana with WERI Director Dr. Jenson as Co-PI. The work will be published in a WERI technical report scheduled for May 2021. A scientific advisory report was published last December, and cited in the Guam Post (SAR, news).

A noteworthy outcome of Ms. Bulaklak’s research is a set of overlays in WERI’s new NGLA Map Series, in which results of her temporal analyses of nitrate concentrations in production wells (Bulaklak and Habana 2021) can be overlain on WERI’s Hydrogeologic Map of the NGLA (2018 edition by Habana and Jenson), which incorporated aquifer basement topography (Vann et al. 2014), geologic map sections (Siegrist et al. 2007), and calculated water table and basin flow-line boundaries (Gingerich 2013). Such overlays to the NGLA map can help identify areas of concern and determine effective aquifer protection strategies. The new overlay compiled by Ms. Bulaklak is complementary to the NGLA sewer status survey (Heitz and Habana 2006).

WERI has supported GWA and its predecessors with scientific research and advice since WERI was established at the University of Guam in 1975. WERI faculty, staff, and students are actively engaged with GWA and the rest of Guam’s water resources professional community—both civilian and military—through several venues, including the Guam Hydrologic Survey Program, WERI Guam Advisory Council, One-Guam Water MOU’s, Technical Experts Group, the American Water Works Association, and other professional organizations and activities. 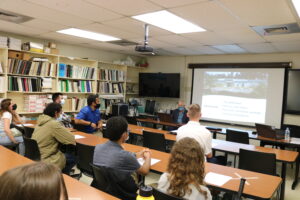 Within a span of two weeks, WERI was able to continue their outreach efforts with a visiting university from the US. Ten engineering students from

Read all the news on the WERI News home page.

Go back to the WERI News home page?
Click Here